Sons of Serendip, named for the serendipitous way the four members of this musical group came together, accomplished a career milestone that so many musicians only dream of. The group earned a spot on top primetime television show “America’s Got Talent” Season 9.

Micah Christian, lead vocalist, couldn’t believe it saying, “The audience kept voting us through.” Sons of Serendip finished in fourth place during their season, but a new musical chapter in their lives was just beginning.

The City of Miramar goes one-on-one with Micah Christian to talk about his "America’s Got Talent" experience and their new live show they are bringing to the Miramar Cultural Center on April 13.

Miramar: Tell me about your experience auditioning and making it on the show “America’s Got Talent”. Micah Christian: We got a call from them three weeks after we sent them the audition tape. They asked information about the group. As they got more information, they said “Do you want to audition in front of the judges?”. We were like “Yes!”. Based on sending them song ideas and trying to figure out what would be the best song for the audition, we settled on Somewhere Only We Know, which is originally by Keane.
We get out there on the stage for the audition and it was a moment for us where we were like “We might have something here” and part of it was the reaction to the harp. We brought the harp out and immediately the crowd started cheering. Then when we played, we got a really good response from the audience and the judges. There’s something here. We had no expectations throughout the whole experience of the show, but we knew we were going to do our jobs by just working hard and enjoying every moment, connecting with people and being as present as we could throughout the process. We just kept getting further and further along and the audience kept voting us through. Eventually, we placed fourth on the show. It was mind blowing.

Since then, we’ve been performing all over the country, Canada and the Caribbean, as well. It’s been a real blessing. We left our day jobs and have been completely committed to this and this journey. 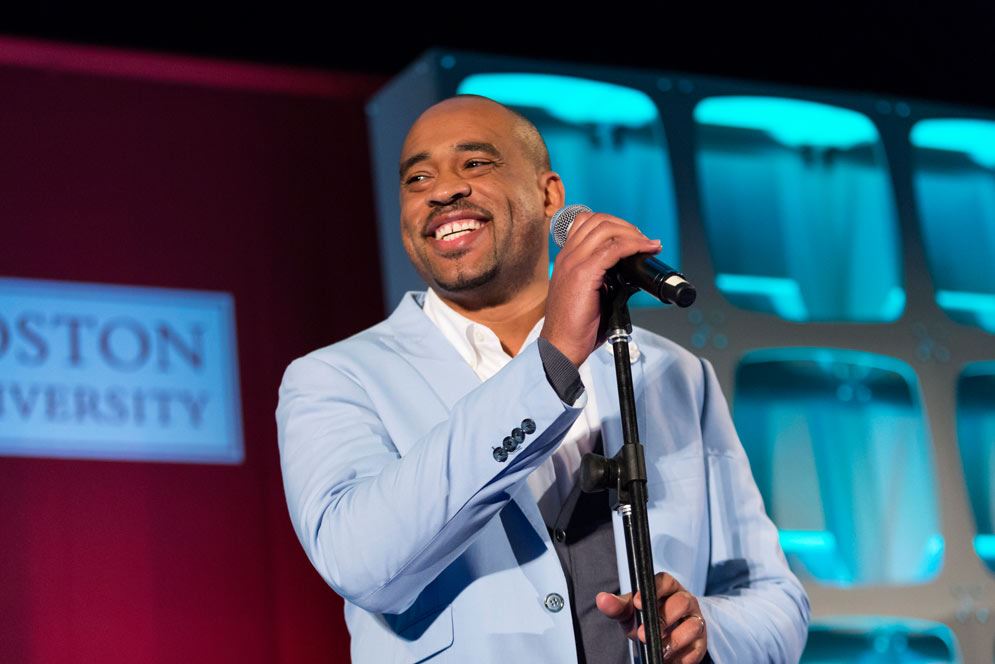 M: “America’s Got Talent” judges Howie Mandel and Howard Stern called you “the most musically talented act on the show”. What was your reaction to that? MC: It was encouraging to hear something like that being said and just the fact that we were even on that stage. It helped us to see what we were doing mattered.  Those comments helped us to see that all of this hard work we were putting in was paying off. We received a lot of letters and emails from people from all over who had been watching the show. They were talking about how the music touched their lives and helped them with healing and comfort and feeling peace and feeling joy. That really encouraged us and helped us see that it is making some kind of difference. M: What can the audience expect from your show “Songs in the Key of Wonder: 50 Years of Stevie Wonder” at the Miramar Cultural Center? MC: Stevie Wonder was one of my biggest influences. I was very excited about having this opportunity to put together a concert and celebrate his music, but also he’s one of those genius artists and he’s been a part of our lives in so many ways.  The audience can expect to hear a bunch of Stevie songs, but they are going to be played in a way that they had never heard before. Part of what we do is take popular music and we rearrange it and we try to make it fresh for people, almost like they are hearing the songs for the first time. We’re going to be sharing that music and also doing a little storytelling. There’s even an original song that we wrote that will be in there as well. It’s one of our favorite shows and we are excited to do this. M: How do you think the audience, who knows you from “America’s Got Talent”, will react to this show?

MC: I think they are going to be surprised. This show is a very different show than what people are used to hearing from us. I think that whether you’ve been to a concert before or if you saw us on “America’s Got Talent”, I don’t know if you can anticipate what it will be like. We put a lot of creativity into this and it’s very different.
Sons of Serendip perform “Songs in the Key of Wonder: 50 Years of Stevie Wonder” at the Miramar Cultural Center on April 13 at 8 PM. Tickets are $35, $45 and $60 for VIP seating and a themed drink. Click here to purchase tickets or call the Box Office at 954-602-4500.
VISIT
BUY
RENT
LEARN
CONNECT
IT'S RIGHT HERE IN MIRAMAR
/QuickLinks.aspx
[]